The Oxford of Lewis and Hathaway 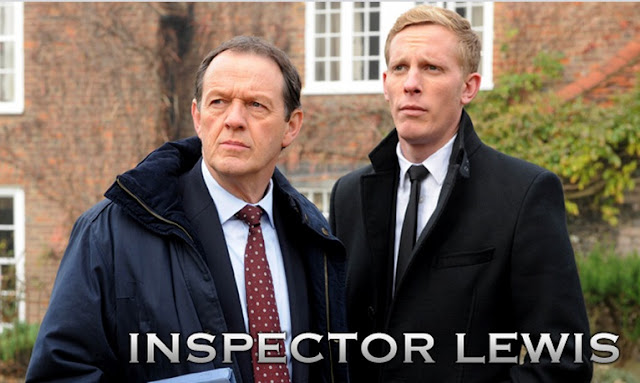 A few months ago, I was inspired to finally watch the television show Inspector Lewis. Why was I inspired to watch this random mystery show? Because it takes place in Oxford of course! It is a sequel series to the television show Inspector Morse, based on a series of books by Colin Dexter. I'd been hearing about Inspector Morse since before I came to Oxford, but knowing that it was an older tv show, I was especially interesting in watching it. Then I discovered that there was a recent sequel series and I knew I had to watch it. Seeing Laurence Fox (who plays Inspector Lewis's Sergeant Hathaway--who never smiles, by the way) in Our Boys just cemented by need to finally watch it.

And I have to say its been a lot of fun! Not only are the episodes entertaining, well thought out and quite long (an hour and a half each, allowing them to really delve into the mystery) but seeing them casually walking around Oxford is awesome too. When I first started watching Lewis I would get excited every time they went somewhere I'd been or see. I even started to make a list:


And really, this is just the places that I either wrote down or happen to remember. I'm sure there are more still that I missed or visited after I watched the episode they were featured in.

If you're interested in seeing the beautiful city that I've spent the last few months living in, and you like a good mystery, I would recommend checking out Inspector Lewis (it's available on Netflix).

Side note: on Halloween they were filming a made for tv movie called Endeavor as a prequel to Inspector Morse and we were able to walk through the set, which was pretty cool. I'll have to check that out as well.

It's a lot of fun to see a television show shot in areas that you just walk around when buying groceries, and I know that watching Lewis will be a great way to remember all the great times I had in Oxford.